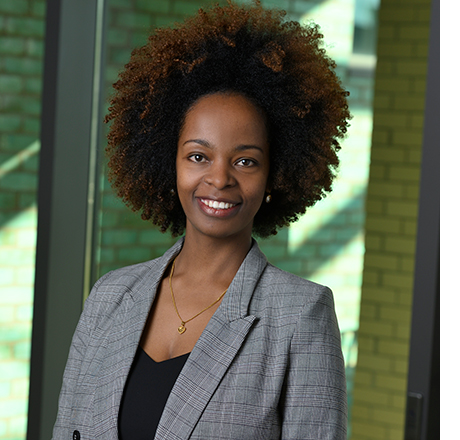 Most seriously mentally ill inmates face daunting barriers to getting the medical and mental health care they need after they are released, which can lead to relapses, suicide attempts, and further arrests. Maji Debena believes peer navigators can help.

A Michigan State University College of Human Medicine researcher believes that specially trained “peer navigators” who have experienced the same problems can help connect the former inmates with the mental health, medical, substance abuse and other services they need.

Maji Debena, PhD, a Flint-based public health research associate specializing in mental health epidemiology, is developing “Mentoring and Social Support (MAPS)” intervention, a randomized trial that she expects will improve care and outcomes for the recently incarcerated. Her study is funded by a $750,000 grant from the National Institute of Mental Health.

“I believe there is a strong case for the success of this intervention,” she said.

Previous research has proven that peer navigation has helped patients with serious mental illness, but no studies using that approach have been done with former jail inmates – until now. The peer navigators in Debena’s study are former inmates who have experienced mental illness.

An estimated 25 percent of jail inmates suffer serious mental illness, Debena said. Most are released with enough medication to last two weeks but no help to connect them with the services they need to avoid further trouble. Many come out without a driver’s license, medical insurance or any idea of what services are available or how to apply for them.

“They have to do all of that on their own,” Debena said. “There is no formal help provided. That’s where our support comes in.”

Faced with the double stigma of recent incarceration and serious mental illness, many are reluctant to seek help.

Peer navigators can help, because “people tend to relate to someone who has walked the same path as them,” Debena said.

Under the one-year pilot program, six peer navigators already employed by the Genesee Health System will be trained to work with seriously mentally ill men and women released from the Genesee County jail. The peer navigators will meet with each inmate a month before they are released and then twice a week after that, providing emotional support, information and practical help, such as applying for Medicaid and connecting with mental health and substance abuse services.

Debena said she was motivated to undertake the study in part because “I come from a country (Ethiopia) with no resources” to help the formerly incarcerated mentally ill. She believes the program will help the clients access medical care, adhere to their use of mental health medications, suffer fewer psychiatric symptoms, require fewer hospitalizations, have fewer nights of unstable housing, avoid suicide attempts and reduce their chances of being rearrested.

“These are the outcomes I expect,” Debena said. “It will shift the social norm, because these people will be engaging with someone who has had the same experiences that they’ve had.”