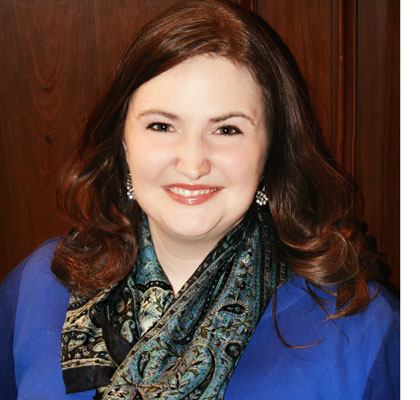 Jennifer E. Johnson has been awarded a five-year, $3,358,550 grant to study treatment for major depressive disorder among women who have recently experienced perinatal loss—miscarriage, stillbirth, or early neonatal death. This study is the first fully powered randomized trial of treatment for any psychiatric disorder following perinatal loss.

The rates of major depressive disorder (MDD) among women who have recently experienced perinatal loss—miscarriage, stillbirth, early neonatal death—are three times that of the general population of women. Mood difficulties can persist up to four years after the loss, suicide rates are high, and PTSD rates are seven times that of mothers of living infants. MDD causes significant impairment, yet treatment has been inadequate.

Jennifer E. Johnson, C. S. Mott Endowed Professor of Public Health at the Michigan State University College of Human Medicine, has been awarded a five-year, $3,358,550 grant from the Eunice Kennedy Shriver National Institute of Child Health and Human Development of the National Institutes of Health to study treatment for this important public health concern.

The grant will provide support to test the effectiveness of interpersonal psychotherapy (IPT) for major depression following perinatal loss (early and late fetal death and early neonatal death) in a sample of 274 women in the Flint and Detroit, Michigan, areas. The trial will be the first fully powered randomized trial of treatment for any psychiatric disorder following perinatal loss.

“Having a low income doubles a woman’s risk of stillbirth and also doubles her risk of perinatal depression,” said Johnson, a professor of OBGYN, and of psychiatry and behavioral medicine. “There is a need for studies on how to provide more compassionate and effective care to women after perinatal loss, and the need is especially great in Flint and Detroit.”

This study will provide an evidence base for treating a vulnerable and understudied population whose distress has historically been minimized, improving outcomes for these women and their families.

Johnson is a licensed clinical psychologist who conducts policy-relevant randomized trials of the effectiveness and implementation of mental health and substance use interventions for vulnerable populations, including perinatal women and individuals involved in the criminal justice system. She has been the principal investigator of thirteen research studies funded by the National Institutes of Health, and co-investigator of an additional thirteen.

To learn more about Johnson’s earlier work in this area, visit https://www.ncbi.nlm.nih.gov/pmc/articles/PMC6372988/.