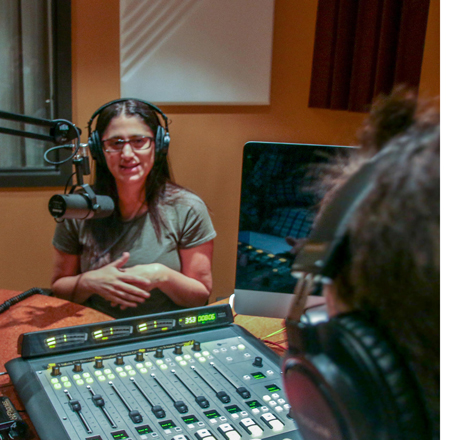 Physician Mona Hanna-Attisha says there’s a good reason Flint is still on filtered and bottled water. Dr. Hanna-Attisha and her team helped prove the children of Flint had been poisoned by a lead-contaminated water supply, and now she's working to build a new and better model for public health.

“In Flint we're still on filtered and bottled water, but that's for a good reason,” says Hanna-Attisha. “It's because our pipes are being replaced and we are almost done with that. But by the end of 2019 all of the lead pipes in Flint will have been replaced, which is pretty incredible. We'll only be the third city in the country that has replaced their lead pipes. Lansing, Michigan is one of those cities. Madison, Wisconsin is another. And then it will be Flint.”

Dr. Mona talks about the mission of the Michigan State University, Hurley Children's Hospital Pediatric Public Health Initiative “to limit the impact of this crisis and really to serve as a model for the nation.

“It is a recommitment to the children of Flint and it's a recommitment by two institutions, MSU and Hurley, that had already been in Flint for over a century. And this is another way that we put our heads together with many other partners to do something else, to really flip the story for Flint kids.

“I think the biggest lesson of our story is that you don't have to help Flint. You don't have to come to Flint. You don't have to donate or send bottled water. Although we'd gladly accept all contributions, especially to our initiative or to our Flint kids fund. But the eye-opening lesson of the story is that there are Flints everywhere. There are children all over this nation that really wake up to some of the same nightmares as our Flint kids, be it poverty or crumbling infrastructure or poor schools or lost opportunity. These are things that are threatening the future and the health and development of our nation's children all over.”

Dr. Mona wrote the book What The Eyes Don't See.

“When I went to medical school here at Michigan State University, I never intended to write a book. My work and my mission has always been to directly care for children and to improve public health. But then again, I never imagined really being at the center of one of our greatest, most emblematic and environmental public health disasters.

Dr. Mona says What the Eyes Don’t See is about more than Flint.

“It's about people, places and problems we choose not to see everywhere. And what I hope that readers get is this incredible sense of power that they have to open their eyes and each other's eyes to injustices happening all around us. It's not enough to be awake. We have to find it within us to act, to take action. And especially when we can build teams around us. There are injustices everywhere and we have the power within us to make a difference.

“I love to quote one of my favorite people, abolitionist Frederick Douglas, who over 150 years ago said, ‘It's easier to build strong children than to repair broken men.’ And in the city well known for building strong cars, we are really setting a model on how you build strong children.”

Dr. Hanna-Attisha says she also wrote the book to share her own immigration story.